Changing times for the Tall Ship, from Islamount to Clarastella to Galatea

The extraordinary last voyage of the ship under the name Islamount continued, leaving Sydney on 8th January 1919 heading to Java, a Dutch colony at the time still operating under the restrictions of war, and collecting a cargo of sugar. The ship then travelled to Samarang in Indonesia. 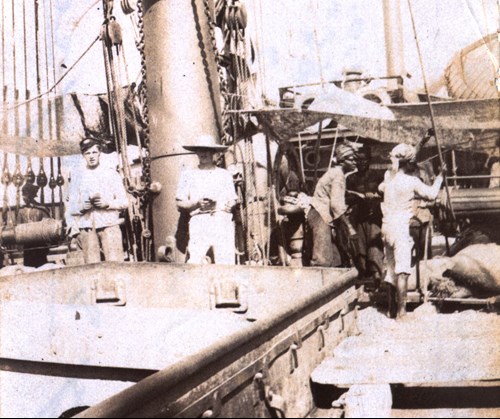 Tallying sacks of sugar cargo in 1919. Image courtesy of Sue and Pat Grant

At Samarang Spanish flu, Java fever, and other diseases were widespread, and Captain George allowed no shore leave. Despite his best efforts, illness spread throughout the crew after leaving on 28th March, and as the journey continued this got worse until a total of eight men were incapacitated, including the captain. Chief Officer Charles Sleggs had to take charge and manage the rest of the crew that were still able to work. The situation grew more and more serious, and sadly one of the crew, A. Morginsen, died of malaria during the voyage and was buried at sea. While this was happening, the ship was also encountering rough seas and dangerous storms that shifted the cargo.

This would not be the last of the troubles on this voyage. When approaching the straits, the ship lost wind, and it was only with the arrival of a tug that Islamount was able to make anchor and take on supplies. The ship then encountered many strong offshore winds and difficult storms before finally reaching Cette, the last stop on the challenging yet extraordinary last voyage of the Islamount. 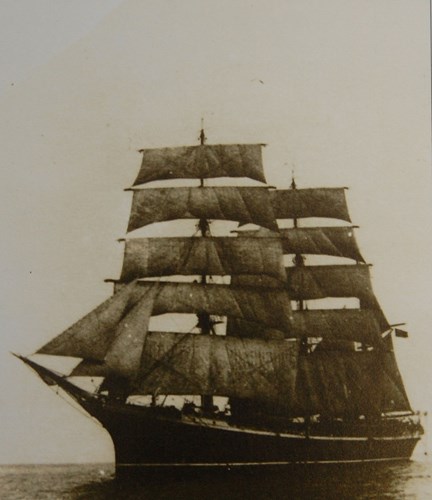 The ship was then sold to an Italian company, Lauro & Fantozzi, and the next chapter in the vessel’s history began. The ship was renamed Clarastella, and engines were installed for the first time, bringing the ship’s days as a completely sail-powered vessel to an end. The Clarastella years are a mysterious time as not much is known about the period, however, the significance in the change of power source also marked the demise of internally shipping under sail worldwide. Engines had become more reliable and efficient to carry out the tasks so the Tall Ship had to find a new purpose.

On 14th January 1922, while berthed in Trieste, the ship was purchased by the Royal Spanish Navy, who renamed it Galatea and transformed it from a cargo ship to a sail training vessel. 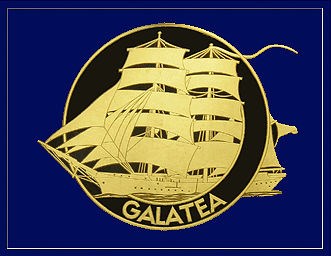 As Galatea, the ship underwent a substantial refit, and many significant changes were made. This included the installation of new engines, along with electrical systems, heating and ventilation.

While approximately twenty-five men would have manned the vessel as a cargo carrier, during the Galatea years there could be as many as three hundred and seven men onboard! To facilitate this, additional accommodation was built on the tween and lower decks along with washrooms, galleys, new portholes and furnishings and fittings. The refit period did not go smoothly, with dockyard strikes and issues with the new engines causing difficulty. Also, while travelling to its new Spanish home, Galatea encountered a significant storm off the Tunisian coast. The vessel finally reached its new home at the Spanish Naval Base in Ferrol on 9th March 1923.

This was the beginning of a long and respected career with the Spanish Navy, with twenty-eight Spanish captains serving on the ship. The influence of Galatea was profound, and to this day the ship is beloved by many in Spain. 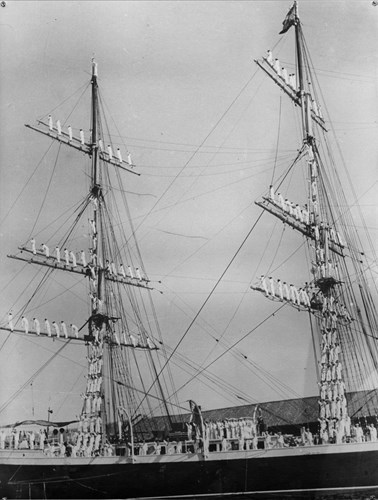 Galatea travelled extensively, despite voyages being restricted during conflicts such as the Spanish Civil War. The ship visited Iberian ports, the Canary Islands, Cape Verde, Portsmouth, Liverpool, Dublin, and the areas now known as Senegal and Equatorial Guinea during the Spanish Navy Era. The men who served on the ship learned the skills required of officers and seamen and gained experience as part of the team working the ship.

The story of the Galatea era continues next week, which has been possible with the support and extensive research by trustee Elizabeth Allen.

Article by Amy McInulty, with contributions from Marc Turner and Lauren Henning