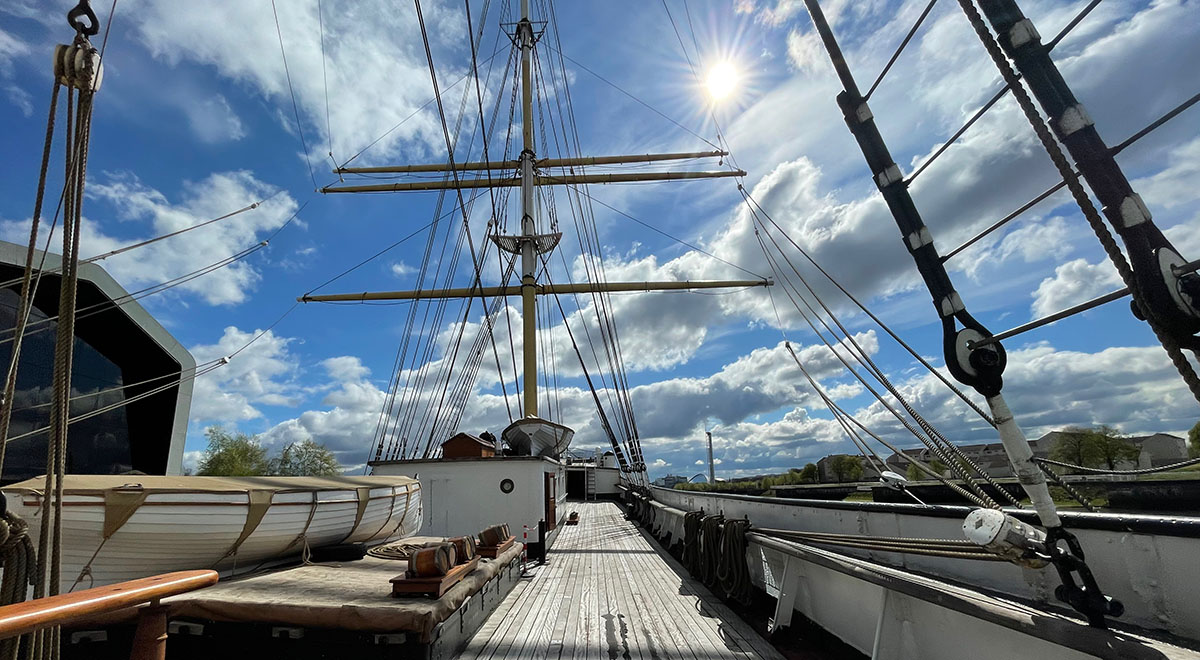 The Tall Ship Glenlee is owned by The Clyde Maritime Trust, a registered charity limited by guarantee.

Glenlee is managed and maintained by a wholly-owned subsidiary of the Trust, the Clyde Maritime Centre, which is also responsible for the operations of Kelvin Harbour.

The Clyde Maritime Trust is an independent Charity whose purpose is:

Since 1990 the trust successfully recovered and restored the Glenlee to the Clyde from a hulk to an icon of the River Clyde welcoming thousands of visitors each year to learn and enjoy this unique and important historic vessel.

Kelvinhaugh or Ferry No. 8, has been restored and maintained by volunteers of the Trust, alongside the historic Victorian launch Starcrest.

Our greatest resource is our people, whether as staff, volunteers, trustees, Friends of Glenlee, or our business partners. Many of the people have been associated with the vessel for a long time, some since the ship arrived back from Spain in 1993.